The new optical icing detection from IVS may have no more consequential impact than in national defense. That’s because ice accumulation has been identified as a major cause of accidents on military aircraft. Icing can endanger a defense mission – and put the lives of both military personnel and the private citizens they protect at risk.

IVS technology is important to defense – even on aircraft already equipped with icing protection systems – because it alerts aircraft to approaching ice encounters outside of “classic” icing certification envelopes. That’s where more than 1 in 100 of an aircraft’s icing encounters will happen. Having better awareness of possible icing danger head thus enables the aircraft to use the entire operational flight envelope more confidently. 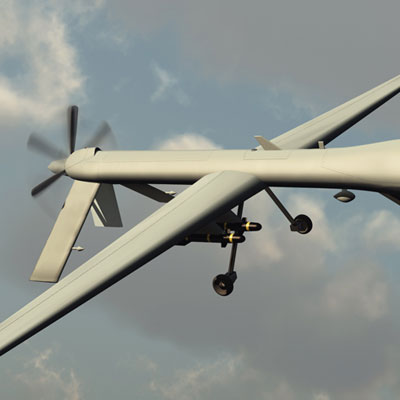 Our technology optically distinguishes between water clouds, ice clouds, and clouds containing supercooled large droplets (SLDs). It’s SLD that is especially dangerous. On an UAV – or any other kind of military aircraft – getting timely alerts to icing risks ahead can help prevent accidents, increase safety, save on fuel, and prolong the aircraft’s useful life.

Here’s where to learn more about this important advance in aircraft icing detection technology: